A downloadable game for Windows and Android

ABOUT
======
The apocalypse is near. The evil pidgeons are taking over the earth and soon, grain will become the national food. But there is still hope. You, a brave and adventurous cyber dinosaur came back from the future to stop the apocalypse from happening. The numbers are against you, but you have the biggest weapon of all times in your posession. No, it’s not a nuclear bomb or laser swords. It’s music!
With the help of the beat, you cast mighty attacks on your foes and fight for the future. For YOUR future!

THE THEME
==========
The game is gameplay-wise a combination of a rhytm game and supposedly an RPG. The idea was to create a classic japanese turn-based system, but enhanced with the music aspect. In the current state, it’s more of a prototype than anything else, but I think the combination would work very well in a full fledged and polished game.
Oh and you can see the combination of two genres in the theme too, as murderous pidgeons and cyber dinosaurs usually don’t share the same universe. I think…

PLATFORM
=========
The game is primary meant to be played on a phone (hence the resolution), but you can play it on your computer aswell. For convenience reasons of course!

CREDITS
=======
The game was created in a team of four amazing and talented people!

Aleix Ramon – He made all the hot music you hear in the game! He is a wizard and we are proud to have him! @nomad_composer

Anna „Bubu“ Špotová – One part of the hardcore artist duo of the team. The pidgeons were her idea! @BubuSpotova

Jana „Yuffie“ Kilianová – The second part of the graphics duo. She also has the tendency to control the whole designing process. She forced the dinosaur part on us! @fox_in_soxx

Václav „Calvix“ Rozsypálek – The mighty programmer, who is actually a pretty mysterious guy. Ludum Dare 41 was actually is first game jam and I gotta say he did great! @calvixus

where is the linux version you liked to via ldjam? 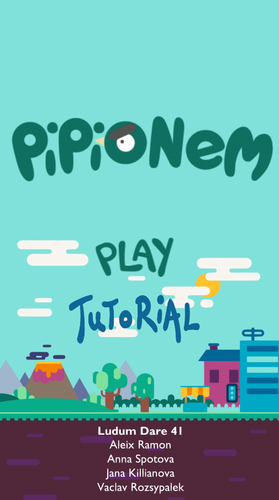 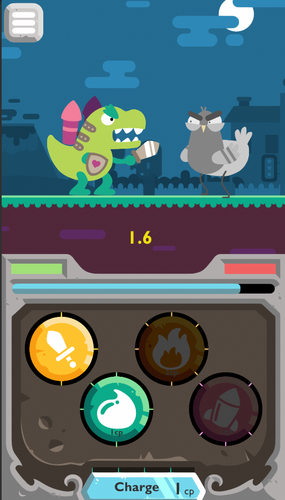